Was our own Jeff Yeargain, talking about a subject that surprised some of us. “I’m really excited about telling you about how California became a state. I want to hit you with a lot of facts and figures and tell you where my information came from, a program on television called, ‘The Titans that Built America’. They did just a terrific job.” 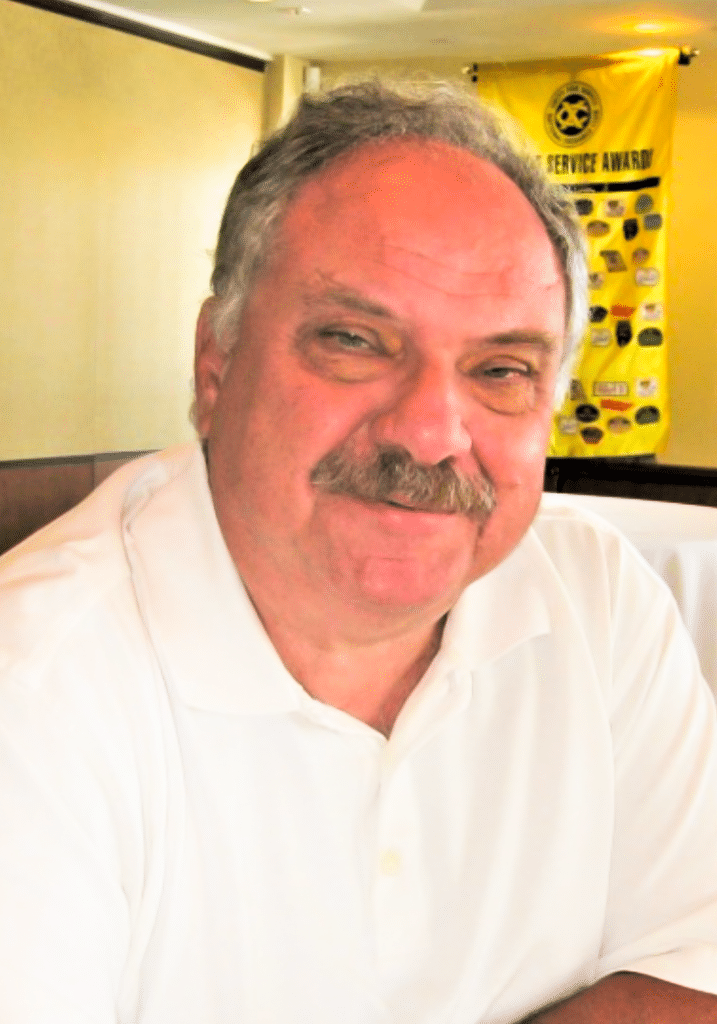 If you look at a map of the United States in the 1830s you would find that 1/3 of our entire country was owned by Mexico. It included Mexico-owned states CA, CO, WY, KS, OK, NV, UT, TX. One-third of our country. President James K. Polk: his campaign promise was, “I want America to be from the Pacific Ocean to the Atlantic Ocean.” That means we had to take that land from Mexico.

California was always special, and even Thomas Jefferson could see the value of California. Why? Because #1 it had two deep water ports, San Francisco and San Diego, #2 it had 3000 miles of coastline, #3 it had the biggest business in CA at that time was animal hides, but it had real assets for trading with China, India and Japan. Remember, a ship, leaving NYC had to travel all the way around South America, because this was before the Panama Canal.

President Polk knew that Congress was unwilling to start a new war, so he called his explorer, John C. Fremont to his office. Fremont was a lieutenant in the Army, he was a surveyor; he had extreme political ambitions; he was articulate, he was a salesman. And Fremont had just gone from St. Louis all the way to Oregon, and he discovered the Oregon Trail used for about 100 years by people going to Washington. So, Polk calls John Fremont into the White House and says, “I want you to go back to California (these were his exact words) and I want you to incite a rebellion. We can’t have this look like a military operation.” So, Fremont told Polk that he would do it. He said, “I need one thing. I need to have as my guide, Kit Carson. (The capital of Nevada was named after Kit Carson, Carson City.) Kit Carson could not read or write. He had contacts with many Indian tribes. He was a survivalist. He lived off the land. He knew how to shoot; he knew how to capture deer or rabbits.

They head to Sacramento and they disguised themselves as surveyors, but their real mission was to incite rebellion for the residents and the farmers there. Mexico allowed farmers to work the land but never to own it. So, Fremont created a sense of distrust of Mexico. He would go into a tavern, and say, “Can I buy you a drink?” and he would get four or five farmers around the table and would say, “Why are you here?” They would say, “Working on the fertile farmland.” And he would say, “But you’re never going to own that farmland, are you? And he would go on and say, “You know, the Mexican government can come in and take that land from you.” So, he created a sense of distrust and he was enrolling them into a rag tag Army that was going to take California.

So, the other thing that President Polk did at the same time…he wanted to start a battle with Mexico, so he sent Army troops to a disputed border between Mexico and Texas. Nobody knew where the real border was, so , sure enough, our troops got aggressive and 11 Americans were killed on the border, and that gave the President an opportunity to go to Congress and say, “American blood was shed on American soil and we have no alternative but to go to war with Mexico.” And Congress agreed to it. So, now we’re at war with Mexico. He sends Carson and Fremont a note that says, “We are now at war. Attack.” So, Fremont and Carson reach Sonoma on June 14, 1846, fully undefended. They take Sonoma. Never before has so much land been won with so little bloodshed. Polk also dispatches an Army force headed by General Steven Kearny. General Kearny was marching to San Diego in August of 1846 near Santa Fe, NM. So, he goes over there and Kearny says to Carson, “Look, I’m a general, and you’re a guide. Guide me back to San Diego, where we want to go. So, you have Carson going West and the Mexican Army going East and they collide and there’s a battle and Kearny retreats and he realizes that he’s not going to win. In the first place the Mexicans had about 100 soldiers and Kearny only had a handful, like 20. Kearny was out of bullets, food, water and he told Carson to “bring back as many soldiers as you can to fortify our ranks here.” It was a standoff. Carson was going around on his stomach to get around where the Mexicans were staying and he goes back to San Diego 40 miles in one day and he gets 200,000 soldiers from San Diego and he brings them back. When the Mexicans see these soldiers marching all in order, the Mexicans say, “We don’t want any part of this.” They surrendered and went back to Mexico.

So, at that point, we have won California, but we didn’t have a written agreement with Mexico. You can call it a settlement agreement. What did we do? In a place called Vera Cruz, President Polk orders that we invade Mexico City, we captured Mexico City and we settled with Mexico in a treaty called Guadalupe Hidalgo, and this treaty gave us all the land and ended the Spanish-American War.

As it turned out, Kit Carson later, nearly 20 years later, fought in the Civil War for the North. John Fremont became the first interim Governor of CA, and he was elected the first U.S. Senator from CA.

“My family has a connection to President Polk. My family has always said they gave 250 acres of land to the Univ of NC at Chapel Hill. I went to the Newport Beach Library, and there was one copy from UC Berkeley. The book was held together, it was more than 150 years old and on the first page it had our name and that we donated this 250 acres of land and we donated this land to the university and we build the first phase of the university as a general contractor. James K. Polk was a student at the university at that campus and he would walk a mile to the campus. He lived there for four years. He graduated from the Univ of NC at Chapel Hill, probably around 1830, became governor for four years, then ran for the Presidency and became President. So, we have a slight connection.”
—Jeff Yeargain
Thanks, Jeff for this amazing story! ed.