Introduced by George Lesley, who told us that the speaker today is “interesting, smart and we ought to listen to what he says.” Peter Swan, Director of the Irvine Ranch Water District, was our speaker. Originally from Massachusetts, he came here in 1964 after spending five years in the military, went to OCC, UCLA, and has a BA and MS from Cal State Fullerton.

The subject was water! He has been involved in water for six years here, and other years with the Metropolitan Water District (MWD), for whom his father worked for 40 years! He saw multiple charts about water from his father’s records over the years.

California is a “water-rich” state. The way you can tell is that >50% of the water flows into the ocean. However the years are “feast or famine.” But, on average, we get 190 million acre-feet (AF) annually, of which 110 million evaporates, leaving us with 80 million AF.

This water is not distributed evenly over the state, since 80% falls in the North and we get 20% in the South. Unfortunately, the distribution of people is opposite. The people use ten million AF, leaving us with 70 million AF, of which 30 million AF go to agriculture.

The MWD, headquartered in Ventura, serves all the way to San Diego, and gets their water from the Colorado River. They built these facilities, have 3.2 million AF, and use only 1.7 million annually. These numbers are the same as in 1984, except we are using less than what we used in 1984. Sales are down!
What about Orange County? We use about 350K AF/year pumped to the users. MWD started with lots of water in storage: we have two years of storage in the basin at this time. There is some increased use in South Orange County. However, a wet year fills up all the storage.

The City and Irvine Ranch Water District are involved in some new construction relating to recycling wastewater. Irvine paid $500K to buy land with senior water rights. Recycling costs can be about 1800 kw/AF. Bottom line: cheap water is always available. 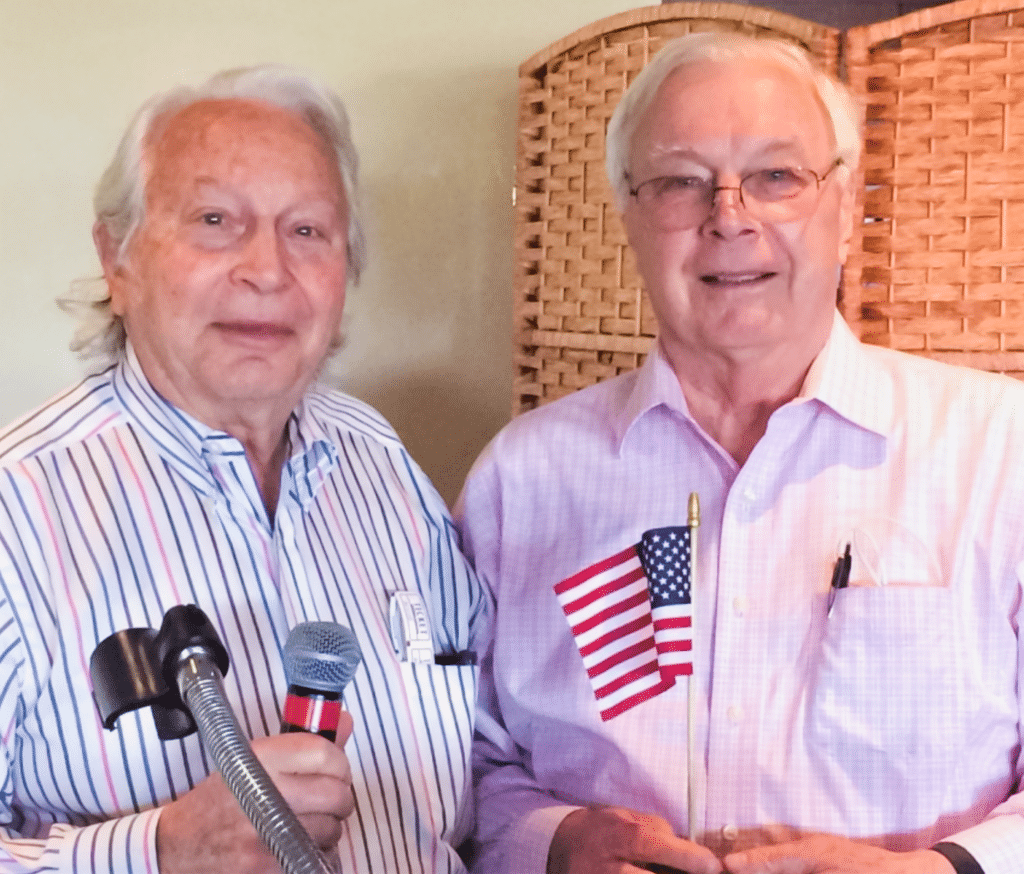 Should we consider making a desalinization plant? Bottom line: there is no need for it. We merely need to fix our existing problems, largely driven by environmental regulation. We can fix everything. Irvine is growing and has the lowest price for water.

If we get more rain, we’re not able to save it, since we have no place to catch it. It flows to the ocean.

Peter Swan, thanks for coming to share your perspective on water in Southern California!